BLOG HOP ON THE WRITING PROCESS

I’m participating in my first blog-hop, in which writers are answering questions about their own creative processes. But before I get to the questions, let me say that I was invited into this process by the remarkable Anne Leonard, whose first novel, Moth and Spark, was just published by Viking Press. It’s not your usual fantasy tale of romance and adventure, for the prince and a gifted seer must set out to free the dragons from bondage. Check out her blog at anneleonardbooks.com.

So without further ado-

As usual, I have several projects all clamoring for my attention simultaneously. First, there are several more time travel stories to the Age of Dinosaurs, featuring the characters from my July/August 2013 Analog story, Not With a Bang. I’m also in the midst of three linked romance and adventure novels set in a fantastical world of my own creation, featuring capricious and powerful creatures and the bold men and women who must find a way to live among them. Then there is my novel-length rewrite of the Trojan War and its aftermath, in which I take issue with Homer’s perspective, as well as Vergil’s.

2) How does my work differ from others of its genre?

I come at creating science fictional and fantasy worlds differently from most authors. My training is as an archaeologist and cultural anthropologist. Hence, the physical landscape and climate come first – plains, mountains, coastlines, rivers, jungles, etc. The peoples who inhabit those places are inescapably shaped by their environments and natural resources, whether it be a particular locale on the planetary surface or a space station or a generation ship. Nor is it realistic to create a mono-culture across vast distances. I’m also not fond of defaulting to the social organizations of modern western societies, as I find it far more interesting to look at how other societies organize themselves in response to the constraints imposed on them by their environments, by their level of technology, and by the other societies around them. It makes a fair bit of explanation necessary, but I wouldn’t have it any other way. Lastly, I am not fond of static societies, particularly in fantasy worlds, where life hasn’t changed much culturally or technologically in thousands of years. I simply can’t think of anything less realistic than that. Societies undergo change all the time, whether people are doing their utmost to create that change or to repress it, due to climate change, technological advances, population growth or decline, war, peace, disease, feast or famine, religions, and any number of other factors.

I write about ideas, people, and situations that interest me. As I hope you’ve figured out by now, I’m interested in coming up with a different take on things than the usual answers. I’ve loved dinosaurs ever since I first saw their skeletons in the New York City Museum of Natural History when I was five years old, so I’ll always write about them. Also, I’ve always been fascinated by mythologies from various cultures. Hence my story The Fifth Sun, which is about Quetzalcoatl. Though I can’t say I’m overly fond of zombies, they’ve found their way into my work, too. Check out The Zombie Limbo Master, appearing in Bastion SF in May 2014.

4) How does my writing process work?

It always begins with an idea, followed by the setting. Then I have to do a casting call for a protagonist capable of handling the situation I intend to throw at him or her. Next I write the first scene. Characters, snatches of dialog and scene fragments emerge, in no particular order. From this chaos, I can usually cobble together a scene-by-scene outline. Even with that done, I can’t manage to write the story in order. I’ll typically write the ending next, then the climax scene, then fill in bits and pieces in the middle, rewriting my earlier work as discoveries hit me along the way. Hence, I do quite a lot of rewriting before I’m ready to show it to my first reader, followed by my writers’ group. By the time I submit it to an editor, I’ve gone through at least five drafts.

So now, it’s time for me to pass these questions along to three other writers: Tom Doyle, Josh Roseman, and Carmen Webster Buxton. Tom’s and Carmen’s posts will be going up on April 28, and Josh’s on May 19. Check back to see what these interesting writers have to say.

Tom Doyle’s first novel in a three-book contemporary fantasy series from Tor, American Craftsmen, will be published on May 6, 2014. He has a short fiction collection out from Paper Golem Press, The Wizard of Macatawa and Other Stories. His blog is at http://www.tomdoyleauthor.com/news-and-blog/, and the text and audio of many of his stories are also available on that website.

Josh Roseman (not the trombonist; the other one) lives in Georgia (the state, not the country). His writing has appeared in Asimov’s, Escape Pod, and the Crossed Genres anthology Fat Girl in a Strange Land. His fiction has been reprinted by Dunesteef Audio Fiction Magazine and StarShipSofa, and his voice has been heard on two Escape Artists and four of the five District of Wonders podcasts. He is a 2013 graduate of the Taos Toolbox writing workshop. When not writing, he mostly complains about the fact that he’s not writing. Find him online at roseplusman.com or on twitter @listener42.

Carmen Webster Buxton was born in Honolulu and experienced a childhood on the move, as her father was in the US Navy. She has been a librarian, a teacher, a project manager, a wife, and a mother, although not in that order. She now lives in Maryland with her husband, her daughter, and a cat with the unlikely name of Carbomb. She is an eclectic reader of science fiction, fantasy, historical fiction, mystery, romance, and mainstream fiction. Carmen writes science fiction, mostly set in the far future, and the occasional fantasy. The Sixth Discipline was her first novel to be published as an ebook, and its sequel No Safe Haven was published shortly after it. Several books have followed. You can find her at: http://carmenspage.blogspot.com/p/about.html 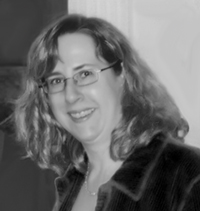